I have had the privilege of working with all kinds of companies from the established to the up-and-coming, from the startup to the storied. Explore my digital marketing case studies below. 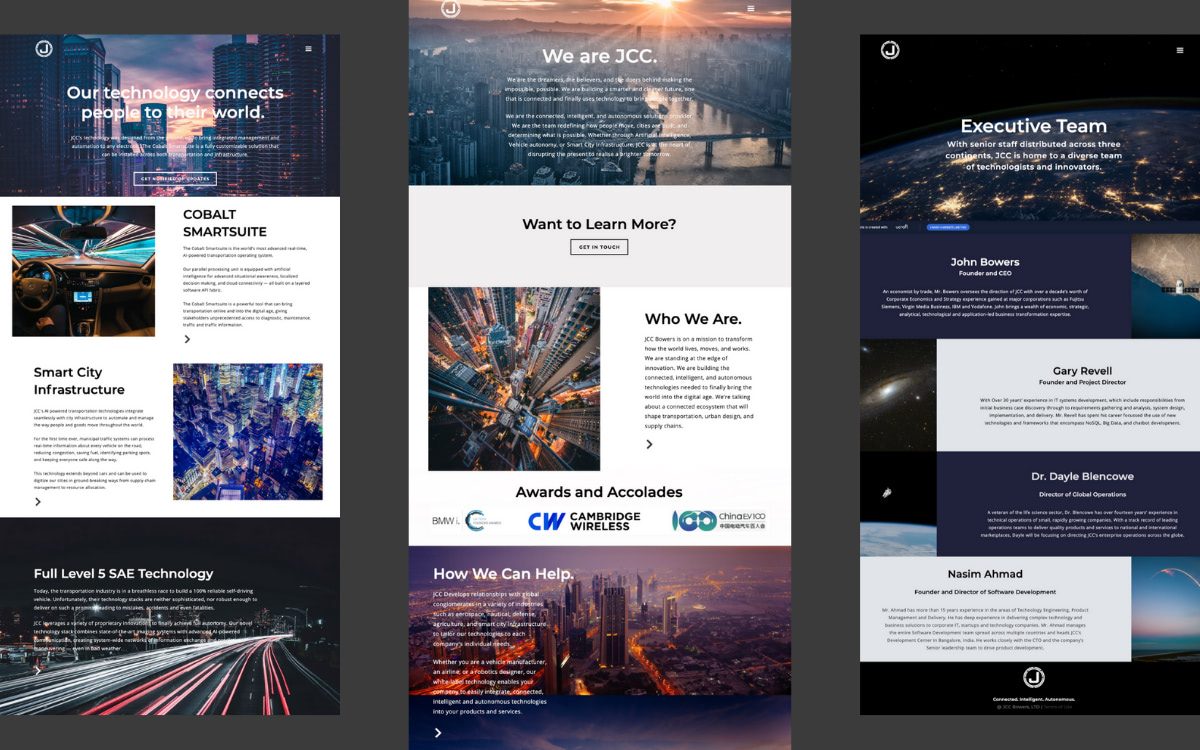 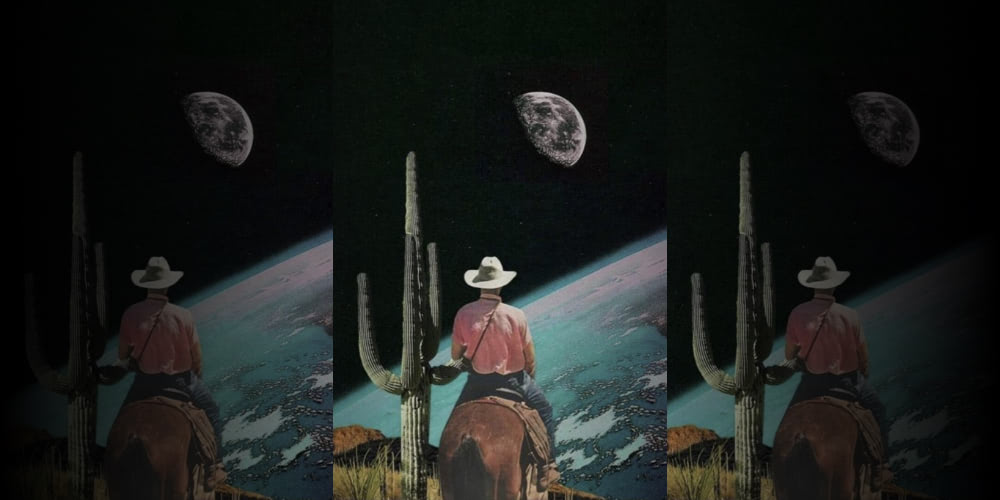 On April 1st, 2021, my company, Cyngn, premiered its brand new innovation, the Cyngn Horse. The April Fool’s video was an instant classic, garnering 8,000 organic views in its first weekend and leading to press hits on MSN and CNET.

For me, it represented one of the better content launches of my career so I thought I would take a few moments to show you how we got it done.

A few weeks before April 1st, my CEO asked us what we were going to do for April Fools. His question actually surprised me. Cyngn delivers self-driving vehicle technology and prides itself on the seriousness with which it delivers these products and ensures client safety. It seemed a little off-brand for us to be releasing something on the cheeky side.

In any case, buzzy media moments can have a big impact on a company’s brand awareness so this was something I definitely wanted to work on. 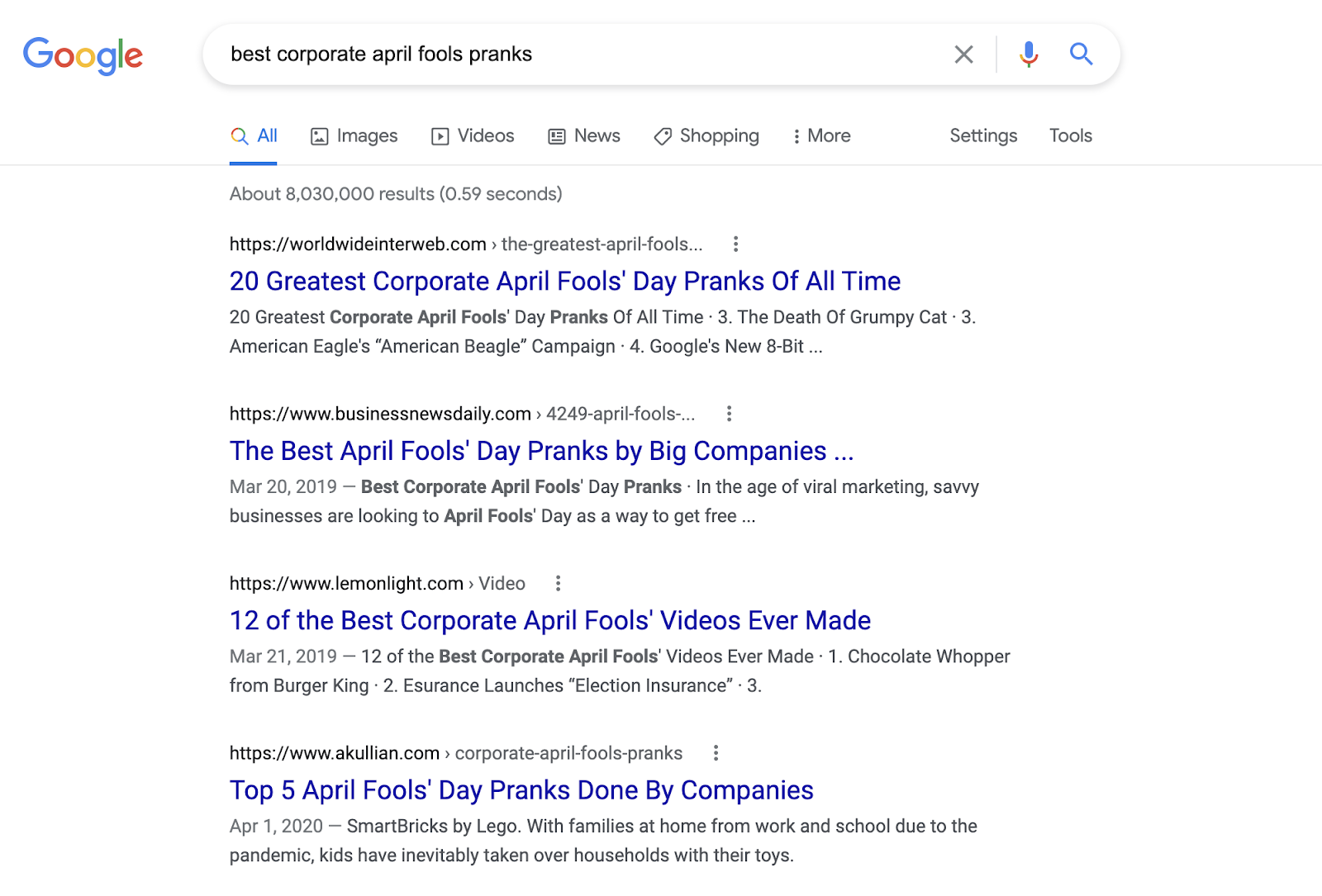 This video was awesome because it showed many different examples in a variety of genres. From there, we were able to detect the patterns that made these videos successful:

From there, we got to brainstorming, asking ourselves two questions: what could be a funny product for us to tout and what was the message that we wanted to deliver?

See, the goal of this video wasn’t just to be funny. The goal was to generate brand awareness and get us in front of folks who had never heard of us before.

For the campaign to succeed, we not only needed to find a funny way to attract some attention, but we also had to find a way to sneak our core message into the spot at the same time.

Before even landing on a concept, we knew that the main message we wanted to deliver was that Cyngn’s flexible self-driving vehicle technology can go into all kinds of vehicles. That core message really spun us off, imagining what other funny vehicles we could put our technology into.

Ultimately, we landed on Cyngn Horse.

The idea of a self-driving horse was immediately hilarious to us. We just loved the contrast between our robotic autonomous vehicle technology and all the stock footage of crazy horses we were finding. It was going to be great.

Write Up the Script

From there, I got to writing up the script. After watching a few parody ads from SNL, I determined that the basic structure of our fake ad would be:

This structure made it really easy to put together the script. We just had to fill in the blanks, Mad-libs style.

As a bonus — we loved that by using this format, we’d be able to frontload our core message in the Serious Introduction section before we even got to the funny bits. Here are the opening lines:

At Cyngn, we’re committed to meeting our customers where they are by bringing autonomous vehicle solutions to their industries. So far, we’ve brought autonomy to eight different vehicle form factors — and today we’re pleased to announce a 9th.

In the original script, this intro section was actually longer. But we ended up cutting it down because we wanted to get to the viral part of the video a bit faster.

The key to a successful parody is making sure all of the details feel true to life, which is why we used so many elements from other product videos we’d released in the past.

Then, we brought in a film crew to film some of our staff doing the mock interviews. After a few days of going back and forth with the production team, here’s what the final version of the Cyngn Horse video looked like:

Of course, 99% of all the content on the internet never gets seen. So, a huge part of our mission with this project was to really get it out there.

The first thing we did was try to build hype. We built out a landing page where users could subscribe to access the announcement early.

Then, we started promoting the landing page across all of our channels. Here’s what we posted on Twitter, a week before April 1. 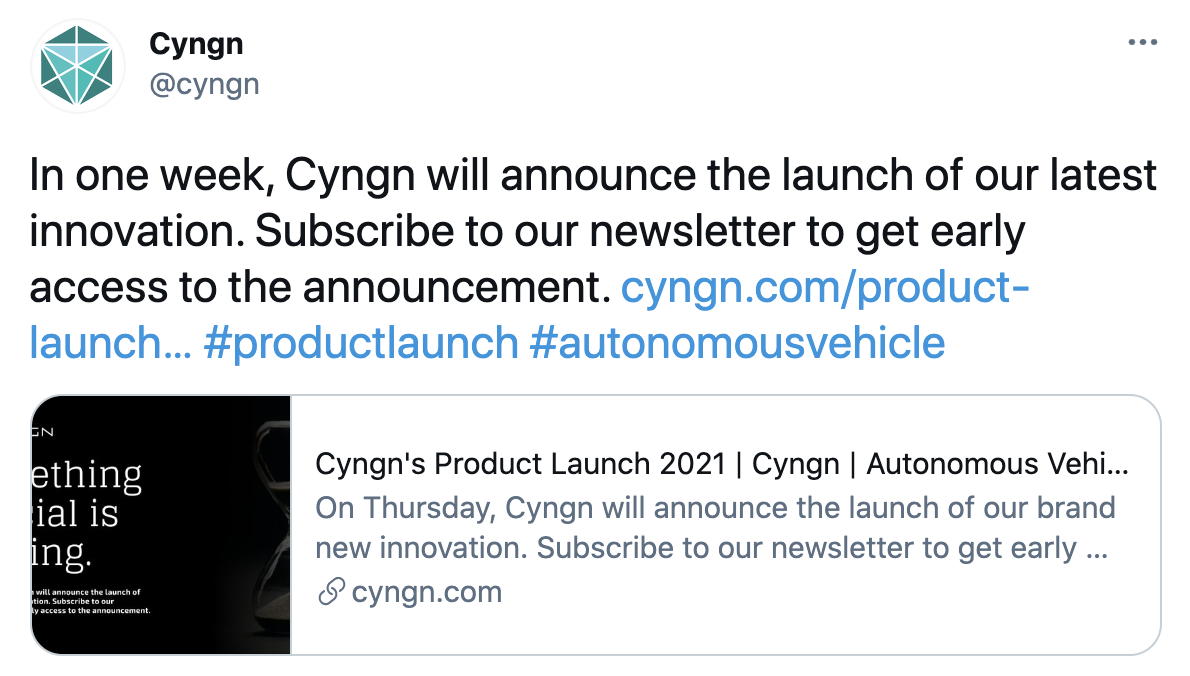 At 7pm on March 31st, we published the video and sent an email out to our subscribers, thanking them for signing up for the early announcement and sharing out the video.

Instead of driving our audience to the original youtube video; however, we sent them to the announcement post on Linkedin. See, we had big plans to juice the attention of the post on Linkedin via paid ads so wanted to load it up with all kinds of likes, comments, and social proof before we launched the ad to strangers.

Another thing we did to promote Cyngn Horse was to create ancillary content. This is a great SEO technique. You simply imagine what someone will Google to find your content and then write an article about it.

(This article, by the way, is another piece of ancillary content we put together. I bet you watched our video. :-)

Reddit is notoriously difficult to use as a marketing channel. Its audience is extremely skeptical of media messages. However, if you can time it right, you can get some early momentum with upvotes and ride that to a few hundred views.

The trick here, though, is to upload the video directly to Reddit. In our case, we posted to /r/funny and /r/unexpected and then I posted the links on slack so my colleagues could give it a little boost right out of the gates.

A big part of this play was getting some free press. Our plan was to reach out to journalists who had written about April Fools in the past so we put together a spreadsheet of writers from previous years. We also created a Google news alert so we could be alerted of anyone who was writing about April Fools day in real-time.

Finding journalists’ emails is a real pain. There are a lot of cold email tools you can use to generate email addresses but they are time-consuming and not super-reliable in a media landscape composed mostly of freelancers.

If we failed to find a particular journalist’s email, we ended up just DMing them on Twitter.

In the case of relevant journalists whose emails we couldn’t find, we ended up just DMing them on Twitter.

Here’s what we wrote:

Unfortunately, we were really coming down to the wire here. I think with a bit more time, we could have done more to promote to friendly media entities much earlier than the day of April Fools.

Nonetheless, the manual effort paid off — and a few of the journalists we reached out to picked us up.

The final thing we did to promote Cyngn Horse was to run an ad campaign across Linkedin. This was actually the only step we did on April 1st. We took the Linkedin announcement post and promoted it to several thousand other folks in our space using paid ads. Our CPC was $0.20 and we got it in front of about 2,500 additional folks.

I write this on April 8th, exactly one week after April Fools Day. So, far, at time of publishing, the video had racked up nearly 9,500 organic views on Youtube and led to dozens of additional folks coming into our sales funnels.

The video ends with our narrator hyping the future by saying, “In the coming months, look out for the release of Cyngn Donkey, Cyngn llama, and Cyngn Ostrich.” — and in some ways, that’s the perfect end to this story.

Keep your eye out for what will do next year. The Cyngn April Fools tradition has just begun.